Figures has an array of options that make editing your sheets faster and simpler. You can toggle whether to use these capabilities by going to Preferences > Editing. Most are in the Automation tab, but this article will also cover features in the Indenting tab.

There's a large and growing selection of values, functions, and other types of calculations built in to Figures. Add in those values you define yourself and it can be daunting to remember the names of everything. The completions window helps you quickly find what you're looking for and insert the correct names of the values you need.

Enabled by default, the completions window will appear under the line being edited with a list of names that match what you've typed so far. Each selection in the list has a name, an icon indicating what kind of value it is (variable, function, unit, snippet, and so on), and if available, a summary of the selected completion. 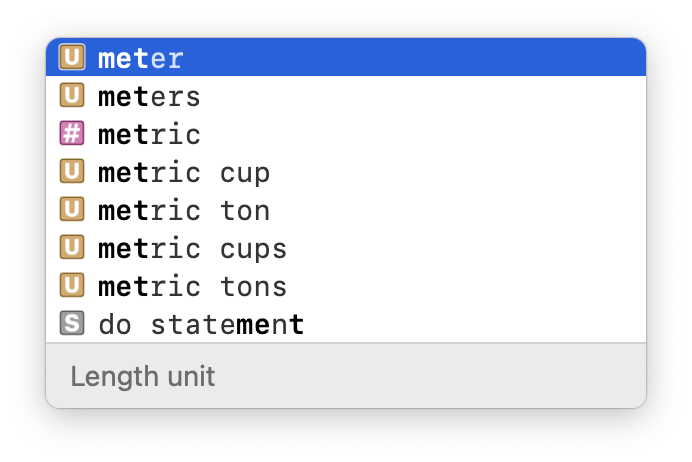 To select a completion from the list, press the up/down arrow keys to select the completion you want. Then press the Return key to insert it into the editor. You can also just double-click on your chosen completion. Once inserted, some completions have placeholders for values that you need to input to finish the calculation. For example, if you accept the completion for the random function, you'll see a placeholder for its first argument highlighted. Just type in the range of the random number, and it will replace the placeholder. Press Tab to go to the next placeholder. 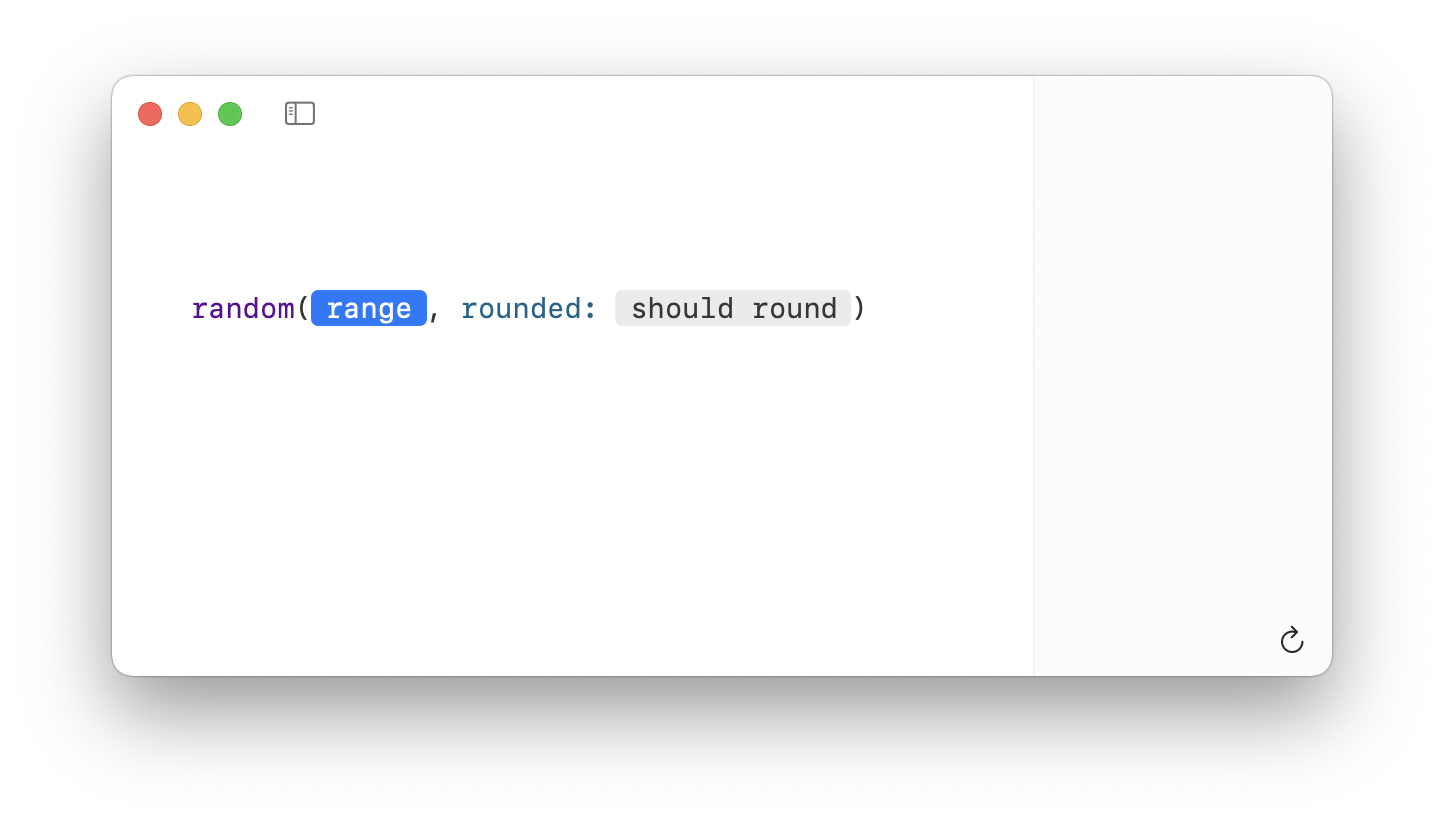 Delimiters are pairs of characters that surround a calculation. For example, square brackets ([ and ]) surround a list, and curly braces ({ and }) surround a block of calculations. Since the left and right delimiters naturally go together, Figures makes it easier to match them up.

Figures will also "type over" right-side delimiters if they aren't needed. Using the above example, once you've typed 3 + 2 you then type the close parenthesis. Since the parentheses are already balanced, Figures will type over the existing one rather than insert another parenthesis.

You can also surround a selection of text with delimiters by entering the open delimiter. For example, selecting the text 42 × 2 and typing the left parenthesis will add both parentheses, resulting in (42 × 2).

If you use markdown in documentation comments, the asterisk is often used for emphasizing text. You can still leave the replacement option enabled by using an underscore _ instead of an asterisk for bold and italics.

To change what character to use as a thousands separator, go to System Preferences > Language & Region and click the Advanced button

Didn't find what you were looking for?