Giving a name to a value makes it easier to refer back to it later. When you assign a name, you can change its value later and all references to that value change automatically. These names are called "variables", and you create them using =.

In Figures, a variable can use multiple words and even emoji 🤩.

Once you change the value of a variable, all future calculations will use the new value.

Variables must be assigned a value before they're used. If no value has been given, Figures will automatically ignore the name until it has a value.

Figures can also create a variable that has no name using a "line variable". Drag a result from a previous line to create a line variable. Just like regular variables, the line variable's value updates automatically whenever the answer for that line changes. 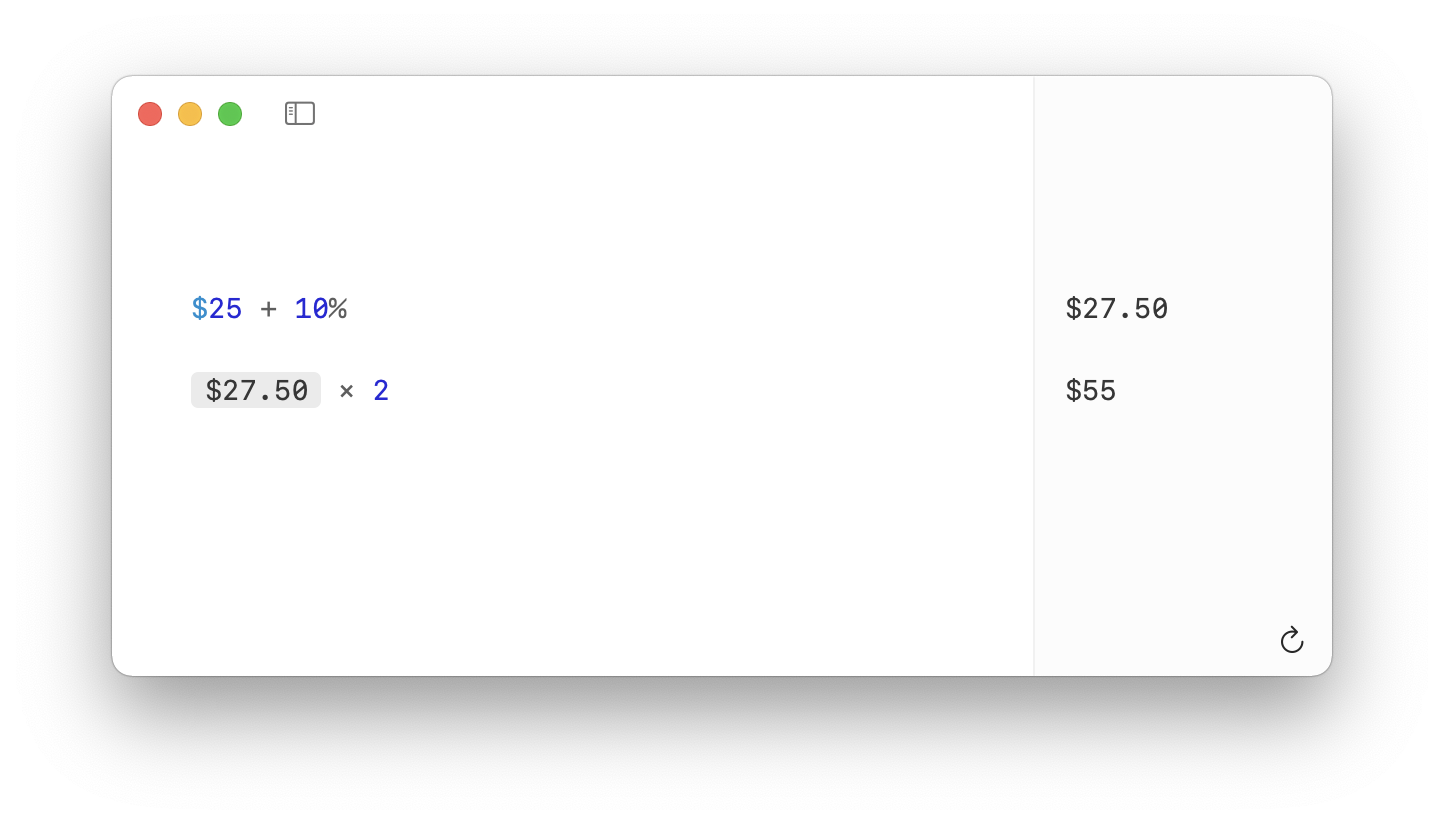 A line variable can only reference one of the previous lines

If you prefer typing, you can also just type in the line you want to reference. Use the word line followed by the line number (no space between them). When you move the cursor or keep typing, the text will be converted to a line variable for you.

If you'd like to lock in the value of a line variable so it won't change anymore, you can double-click it to convert it to regular text. If you prefer the keyboard, you can also select the line variable and press Return.

Variables are normally assigned using the simple method described above, but there are situations that require a more advanced method. Consider a case where you want to assign a new value for the constant pi. Since pi is defined by the system as a constant value, it can't be changed. Instead, use the word var before the assignment to create a new variable. The original value is still available by prefacing the name with the system sheet called Figures.

See Imports for more on referencing variables from other sheets

You can create your own constant variables that cannot be changed by using the word let before the assignment. This can be useful when you want to be sure a variable isn't accidentally changed. A new variable is created just like with var, but an error will be displayed if it's assigned a new value.

Most names are not case sensitive. This means that typing abs(-1) and Abs(-1) gives the same result. There are some situations where the case can be important, though. For example, unit and prefix symbols can mean different things based on the case:

If you need to define a variable as case sensitive, add ^ to the end of the name when you define it. Figures will then only recognize the variable if the name matches exactly.

Didn't find what you were looking for?